Turning the Press Brake into a Forming Machine

Punch tooling can be added to the press brake to increase forming capacity.

Fabricators should not have to turn away jobs because of limited forming capacity in their punching machine or be required to outsource operations, leading to production delays. Instead, shops might be able to adapt existing press brakes to include punch tooling, offering increased flexibility in an ever-changing production environment. Here are a few reasons that a shop might want to turn its press brake into a forming machine using punch tooling.

There are many reasons that fabricators may find themselves with limited forming capacity in their punch machine. One of the main reasons is the rise in popularity of the laser cutting machine. Punch presses play in the same space as laser cutting machines, which have increasingly become the go-to machine. For shops that are strictly performing cutting operations, the laser makes sense. However, many fabricators are realizing the value of the punch press and its ability to create forms. For projects that require many forms, the punch press is still the best and most economical option. If cost is being calculated to include total cost of a part, it is not efficient to move forming operations to the press brake if they can be made in the punch press. And if punch presses have been eliminated from shops, parts may be costing more when considering tooling cost and throughput time on the press brake to form.

But, if existing punching presses are at maximum capacity and no machine is available for new projects, what can the shop do? A fabricator may not have the capital to invest in new equipment, so adding another punch press to the shop floor may be out of the question. Does this mean they should turn away projects?

Whether an existing punch press is running at full capacity or the laser cutting machine has replaced the punching press on the shop floor, a lack of capacity can be a real challenge when it comes to creating forms.

Using a press brake to perform punch press forming operations is one way to address this challenge. Punch press tooling can be added to a press brake using holders affixed in the upper and lower beams. For shops that have existing press brakes, this is a quick and easy way to use equipment that might otherwise be rendered idle and reduce the need for another piece of capital equipment.

Opting for forming on a press brake is not uncommon. Forming happens every day on press brakes with forms and tooling far larger than punch tooling. Even before laser cutting machines entered this space, fabricators were interested in exploring the use of punch tooling in a press brake.

For the most part, the punch press is the preferred option for complex punching and forming operations. It just makes sense to keep a part on the machine that was designed for these operations. However, there are some instances and projects for which the punch press just isn’t well-suited.

A punch press has tooling footprint limitations and limited clearance for the stroke to retract. If a project requires a larger form, using a press brake that has been adapted with a holder and punch tooling is a great option.

Using a system to adapt punch tooling for the press brake can help create cost savings and reduce lead times, which add to the bottom line.

First and foremost, choosing this system can eliminate the need to purchase a new punch press, which fabricators may not have the ability to invest in. It can also bring online press brakes that may have been sitting idle. A machine is making money only if it’s producing good-quality parts. Using a press brake for punch press operations can eliminate costly downtime on the machine.

Punch press tooling can be added to a press brake using holders affixed in the upper and lower beams.

Second, it also eliminates the need for outsourcing operations. If a shop can do all the forming in-house on a press brake, it can control production times and quality, ensuring that parts are produced accurately and delivered to the customer on time.

However, the initial investment costs in the holder for the tooling will add to the overall cost, meaning little savings will be realized upfront on the first application. But once the holder has been purchased, fabricators can continue to use it continually even if they need to invest in new punching tooling. The more applications they fit into the holders, the larger the cost savings.

Another cost-saving advantage is the ability to use existing tooling. Shops that have or had a punch press can possibly use the tooling they already own. There are some exceptions to this, but for the most part, existing size 2 Trumpf® punch tooling can be placed in the holder and put on the press brake. Thick-turret tooling would need to be reviewed by application to determine if it could be used. If a fabricator does not have existing tooling or the tools are not the right fit, it can order what is needed. The standard tooling is priced from a punching perspective, which as previously mentioned, costs less and has shorter lead times.

By adapting the press brake to perform forming operations with punch tooling, fabricators can streamline production and have more machine flexibility. This is especially important for shops that are moving toward more high-mix/low-volume production.

It’s important to note that forming on a press brake is intended for shops that don’t have the capacity to put the part on the punch press or don’t have any punching capabilities. If they have the option to put the part on the punch press, that is almost always the best option. However, for parts that are already on the press brake that require only one small form, this is a great option and limits part movement in secondary operations in the shop. 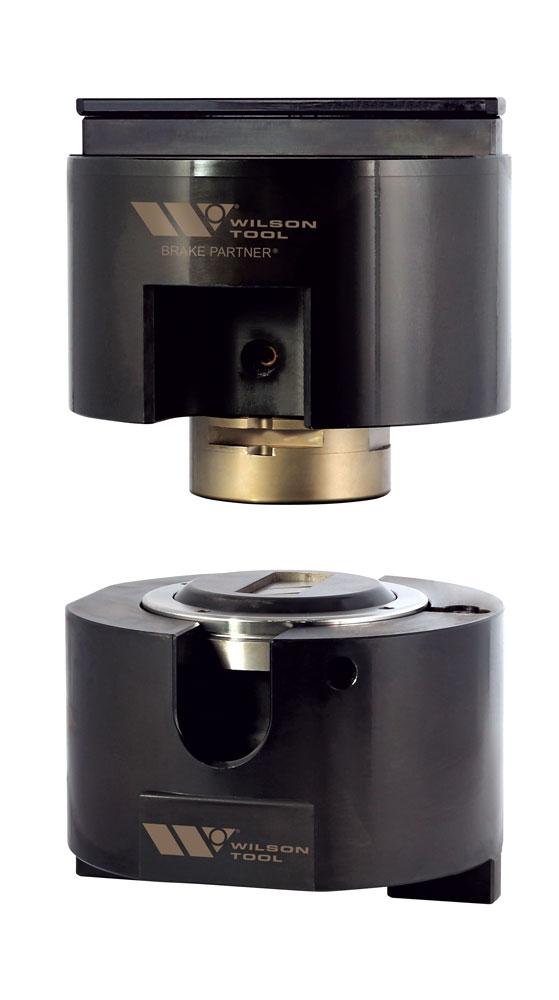 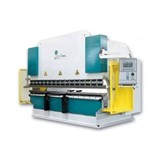 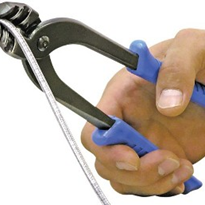 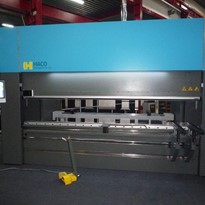 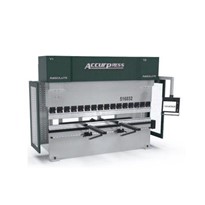 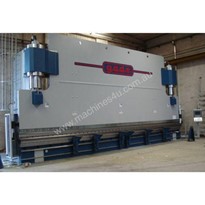 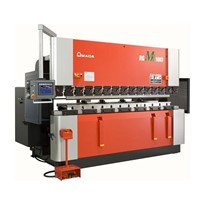 PRESS BRAKE SETUPS ARE A BREEZE WITH THE EXPRESS ... 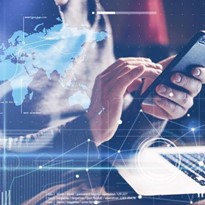 Unimax take it to the MAX with new digital label ... 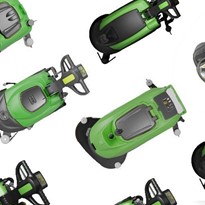 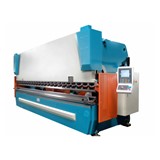 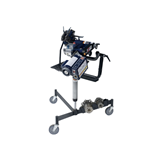 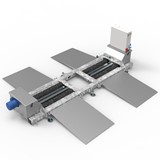 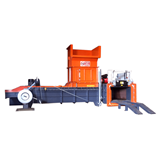 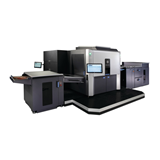