Keeping an eye on moisture in materials handling 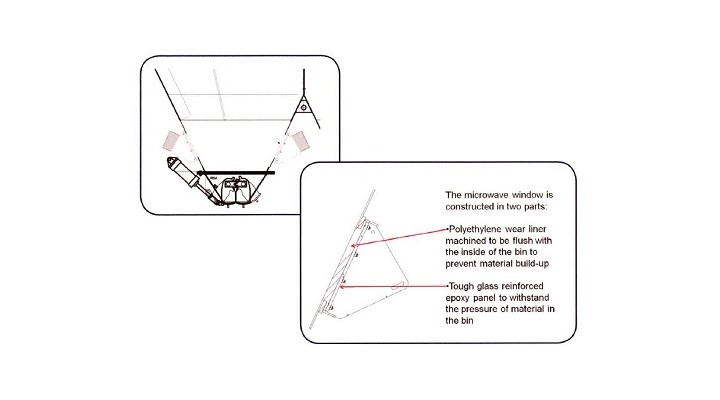 Figure 2: microwave windows must be installed in a way that does not restrict the material flow. 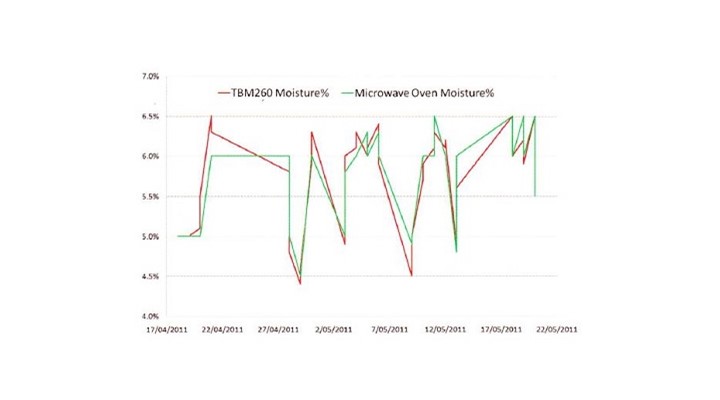 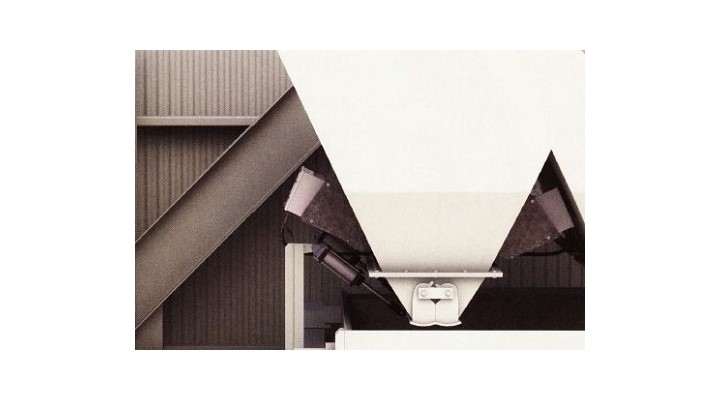 Figure 1: the installation of microwave antennae on the throat of a bin.

In concrete batching plants the online measurement of moisture in raw materials allows more precise control of the batching process.

Scantech lnternational has developed the TBM260, a new system for measuring the moisture content of material in bins, a trial for which was conducted at the Holcim Darra plant in Queensland, Australia.

The concrete batching process aims to load a concrete truck with the required quantity of concrete meeting the customer's specifications.

Sands and aggregates are automatically weighed and cement and water are added to produce concrete with the correct strength and slump specification.

The measured weight includes the water present in the material. Therefore, variation in moisture can result in errors in the amount of dry material in the mix.

Moisture in sand is the major problem as sand can contain up to 15 per cent moisture.

Online measurement of moisture in raw materials can avoid these problems. The moisture result can be used to calculate the correct wet weight of material for the optimum mix. The correct water addition can also be calculated, by taking into account the water already present in the raw materials.

For best results the measurement technology must measure moisture directly in a bin and rapidly provide moisture data to the batching control system.

Scantech has over 20 years' experience in measuring the moisture content of materials on conveyor belts using the TBM range of moisture monitors.

Two versions of the system are available: a standard system for normal conveyors; and a low-frequency system for large conveyors with material bed depths up to one metre.

During discussions with Holcim it became apparent that the low-frequency TBM could be adapted for mounting on the throat of a bin. The one-metre material thickness limit would not be a problem if an appropriate location on the bin was chosen.

A simulated bin geometry was constructed in Scantech's Adelaide laboratory. Microwave antennae were mounted on each side of the simulated bin. The digital electronics measured both the time delay and attenuation of the microwave signal passing through sand in the bin.

Analysis of the data showed that the microwave system could work effectively and led to the trial of a TBM250 on a working sand bin.

Installation on a bin

Figure 1 shows the installation of microwave antennae on the throat of a bin, just above the clam shell gate. A location must be chosen which provides a microwave path of approx 800-1000mm.

Microwave radiation will not pass through metal. Therefore, 35x29cm microwave windows must be installed in the bin. The polyethylene windows are supported up by a strong backing plate of glass-reinforced epoxy (see Figure 2).

Strength is required to resist the pressure of material in the bin. The polyethylene windows are stepped to provide a surface which is flush with the inside of the bin. The installation of the windows does not restrict material flow in any way.

Performance of the tidal system at Darra plant

A decision was made to trial a TBM26O on a 'like-for-like' basis against a Command moisture probe system, which is in use at Barrow island, Australia and has generally been a success in past situations in the country as well as with Holcim's worldwide operations.

The fine sand compartment of the overhead bins at the Darra concrete plant was chosen as the location for the trial. The TBM260 system was installed in March 2011 and was configured to read moisture every second, but only when the sand was being discharged from the bin.  This was achieved by connecting a 'gate open' control signal from the plant to the TBM250.

The result was that a series of moisture readings was produced as the sand moved down in the bin. This ensured that the maximum amount of sand was analysed.

Data from the TBM260 was provided as a O-BV control signal to the Eagle computer system which controls the batching process.

When installed in this way, the TBM250 enables an accurate real-time reading of sand moisture for each load of concrete produced, as it takes its results from the point of material discharge into the aggregate weigh hopper.

Such a process ensures that accurate and quality-assured weights are considered throughout the production phase of every batched load of concrete.

Furthermore, the moisture results are incorporated directly into the Eagle batching system electronically at the site, alleviating the necessity to collect samples or manually input moisture into the batch computer. Samples were previously collected only around twice a day.

In April 2011, the TBM260 was fully calibrated. A series of comparisons were made between the TBM60 results and results from oven dried samples. Figure 3 shows TBM260 data and sample data from 18 April – 21 May 2011. The two results track each other well and the standard deviation of the difference was only 0.21 per cent moisture — an excellent result.

A specially-made sampling ladle was used to collect samples from the discharge of the bin. The samples were oven-dried to determine the moisture content. The TBM260 'sees' about 60 litres of material in the bin. However, the oven sample is much smaller than this and will be less representative of the material in the bin.

When comparing the oven-dried moisture with readings from the TBM, the effect of sampling uncertainty must be considered.

The large volume of material seen by the TBM260, combined with fully automatic operation, leads to a better result than manual sampling. Also, every batch of sand is analysed, so the batching system always has an up-to-date moisture value for batching control.

The trial was successful and a moisture accuracy of 0.21 per cent was demonstrated. Subsequently, Holcim purchased two TBM260 systems that were installed at the Murarrie concrete plant. These are providing similar levels of accuracy and significant benefits to the batching process.

Commercial installations at the Murarrie works

The successful trials led to the purchase and commissioning of two TBM260 systems for the Murarrie concrete plant in March 2012.

Two types of sand are used: 'fine' and 'manufactured'. Communication with the batching system was the same as used at the Darra plant trial.

A gate-open signal was used to enable one-second moisture analyses by the TBM260 and results were transmitted to the Eagle batching computer via a O-BV analogue signal.

Samples were collected to calibrate both systems. It was found that the calibration used at Darra worked well at Murarrie.

It was only necessary to make small bias adjustments to the calibrations. The bias adjustment required was slightly different for the two types of sand. The fact that the Darra calibration could be used with very little adjustment indicates that the TBM250 measurement technology is robust and stable.

The TBM260 moisture monitors have worked reliably and provide useful data to the batching process. Prior to installation the monthly sand loss due to moisture variation was between 75-100t for both fine sand and manufactured sand. Since installation of the TBM260 this loss is now zero. The standard deviations have also been reduced to the benefit of the company, not by a large amount, but reduced nonetheless.

The TBM260 system has been demonstrated to provide reliable and accurate measurement of sand in a bin.

Results are produced immediately, allowing real-time control of the batching process. Moreover, sand is analysed for every batch so changing moisture levels during the day are fully compensated for; this is not possible with samples collected once or twice a day.

In addition, the system does not intrude into the bin and does not cause material blockages. In plants that have installed the TBM250 system, real improvements to the concrete making process have been demonstrated. 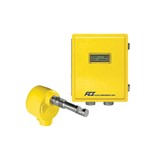 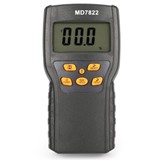 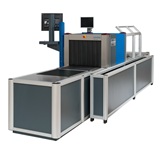 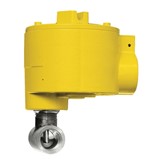 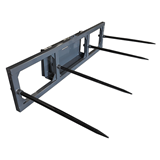 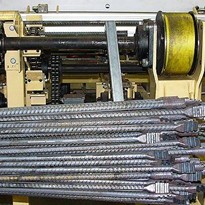 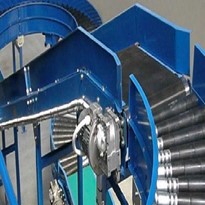 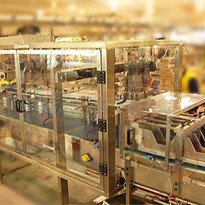 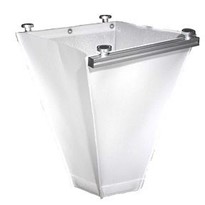 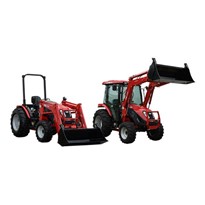 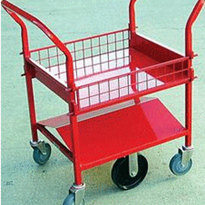 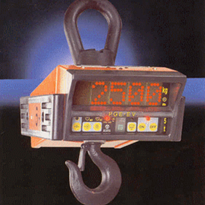 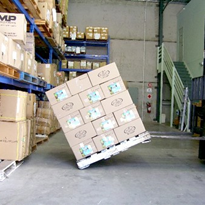 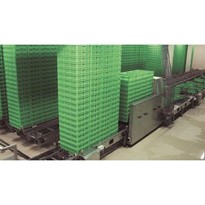 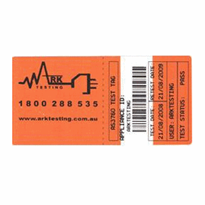 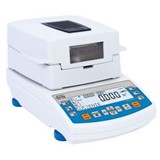 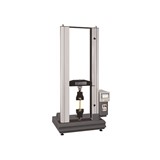 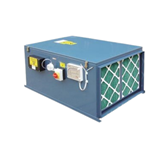 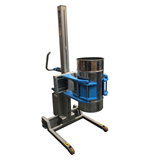 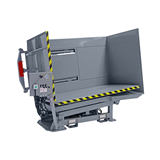