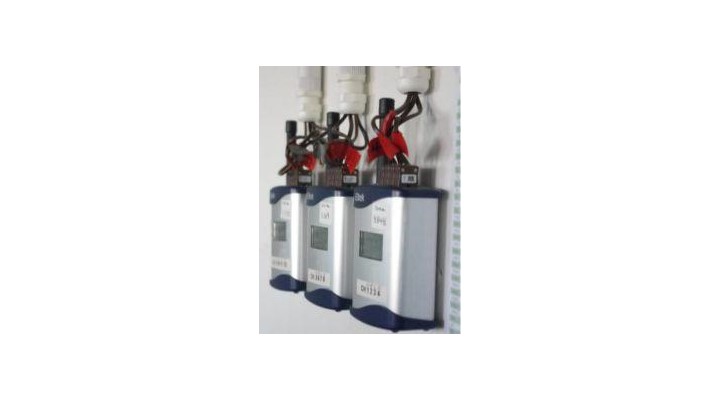 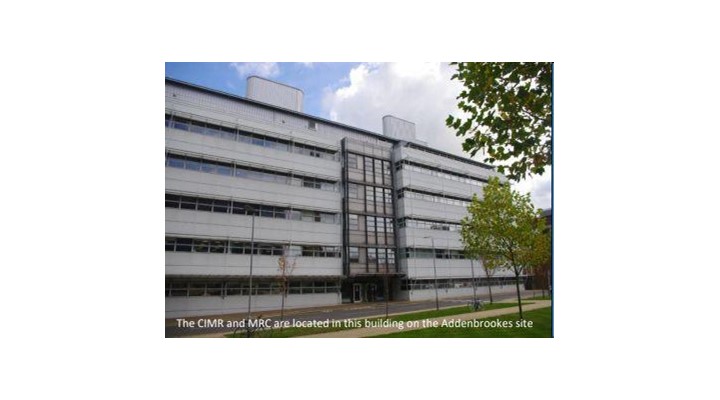 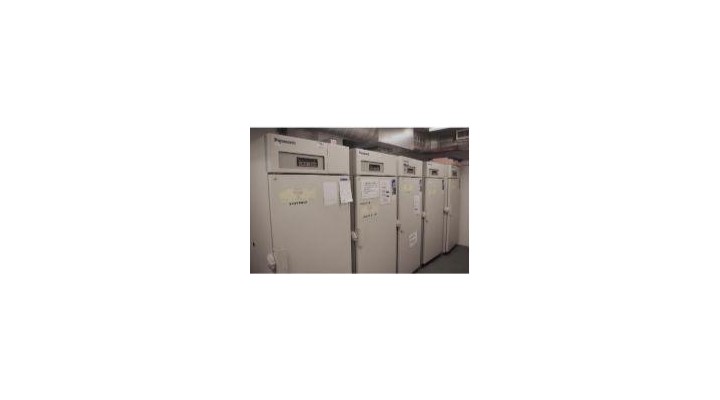 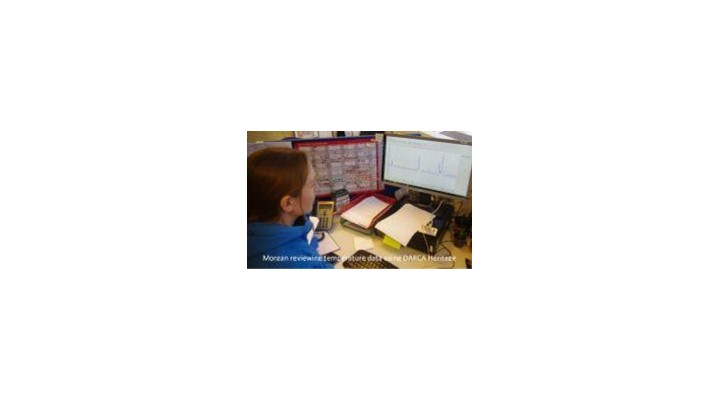 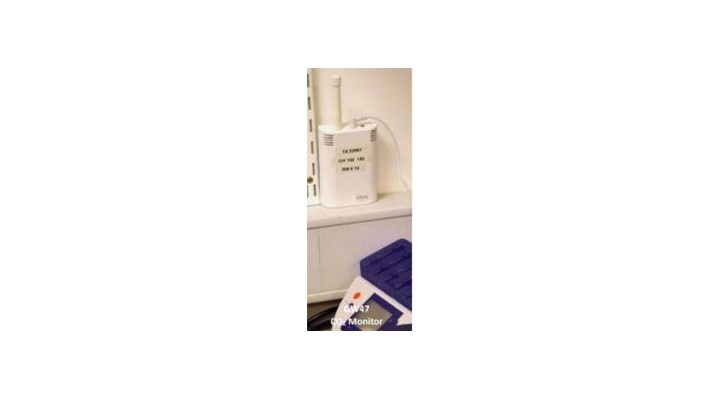 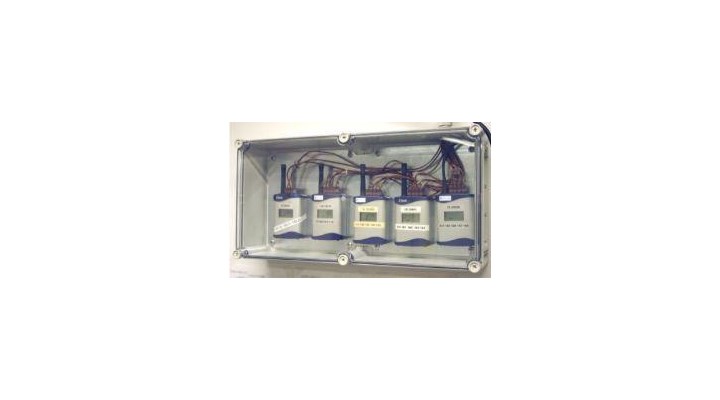 Eltek data loggers with Eltek GenII transmitters, installed and maintained by Britannia Monitoring Systems, are used to monitor critical parameters in several separate installations at the world famous Addenbrookes Hospital site in the UK. There has been huge investment in Medical Research at this site, one such area of investment is the Cambridge Institute for Medical Research (CIMR) which receives 11% of it’s funding from the Medical Research Council (MRC), as well as 60% from the Wellcome Trust, with the rest from the European Research Council and many other charitable and funding bodies.

In 2010 Eltek was invited by the CIMR to improve the system it used for monitoring its laboratory refrigeration and freezer installation at Addenbrookes. The old system used fixed wired loggers that could no longer meet the requirements of a growing and evolving laboratory environment. It was important to the CIMR that the new system it purchased not only provided accurate data from its fridges, freezers and cryo-coolers to a centralised recording system and database, but that it would be installed with the minimum of disruption and that the system would have excellent reliability and a guaranteed service level during its lifetime. Recognising the growing requirements of the CIMR, the new system would need to be versatile enough to be expanded and reconfigured with simplicity, thereby matching the changing demands of such a critical environment. Eltek ensures that its customers receive the best of advice during the procurement process and market leading support during the product lifetime. Eltek works with specialist distributors to achieve this objective.

Eltek provided a system through its distribution partner Britannia that met all the needs of the CIMR. The GENII transmitters used have a proven track record and provide a reliable and robust solution. The transmitters have a long range, providing data from equipment that is installed in multiple labs and across several floors and even from external storage areas. Data security is assured through use of Eltek’s proprietary communications protocol. Most importantly, the GENII system provides data integrity because it operates independently of local computer networks and is battery powered, thereby avoiding any disruption to data during the critical periods of an IT system failure or power outage. Data is logged through the Eltek RX250 logger and by using the Eltek DARCA Heritage 1 Windows based software results can be analysed and reported as required. Very important are the text message alarms to alert user groups of any equipment issues allowing Britannia sufficient time to come to site and resolve the issue.

Britannia has a long history of working in close partnership with Eltek to provide turnkey solutions for customers along with cradle to grave support at a service level tailored to the customers need. For the CIMR, it was very important that the system was installed without disruption to its day to day activities, Britannia achieved this outcome, meeting the technical demands of configuring and installing the system by working with engineers at Eltek to provide an optimum outcome.

Britannia has a service level agreement with CIMR and is one of only a few companies to have a 3-year rolling contract with CIMR.

Today, the system continues to provide 24/7 service. The flexibility of the Eltek system and the ability to reconfigure and
expand has provided the CIMR with a system that provides not only cost effectiveness at installation but excellent lifetime
cost of ownership. Currently the system has 114 channels and in addition to temperature monitoring of freezers, it provides warning of
excessive CO2 concentration for staff by using multiple Eltek CO2 transmitters and O2 depletion monitors.

In October 2017, Eltek visited Morgan Alexander, Deputy Laboratory Manager at the CIMR. Each laboratory that Morgan manages can have specific monitoring requirements for CO2 and Freezer temperature, with multiple laboratories on multiple floors and an archive store in the basement with 25 Freezers set to -20C or -80C, this complex system must be accurate and
reliable to avoid missing or false alarms. In control From her office desk, Morgan is able
to monitor outputs from all transmitters using the DARCA (Data and Remote Control Application) Heritage 1 software. Researchers carrying out ground-breaking work at CIMR need to be certain about the conditions under which their samples have been stored. Morgan told us, “The data that is able to be shown to the researchers gives them peace of mind that valuable samples are being kept in the correct conditions and they are always keen to have new cabinets assigned a channel so that they can be monitored.”.

Alarms are incorporated into the system and have been configured to automatically send SMS text messages from the logger to Morgan, who can then check the system status and decide what course of action to follow. This installation also includes excess CO2 and O2 depletion alarms for laboratories where there is piped CO2. Morgan told us... "I have found the system to be a saving grace. Already in the year that I have been working at CIMR we have been able to prevent loss of samples by attending to failing freezers after being alerted to the issue by the system. It is simple and intuitive which is a rare find in set ups of this nature where so much is at stake. The charts that can be obtained are also a gift for all frustrated lab managers and hard pushed Research Associates as they can finally say with utter confidence "shut the door!" 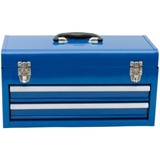 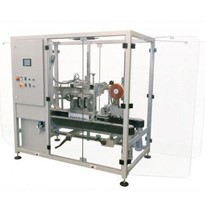 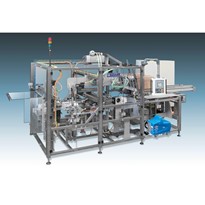 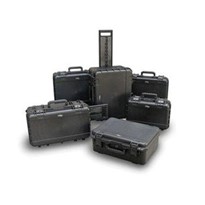 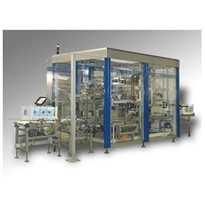 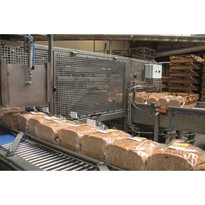 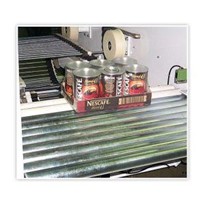 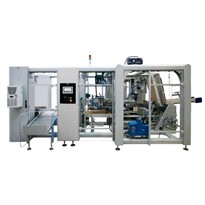 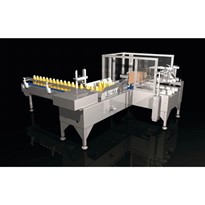 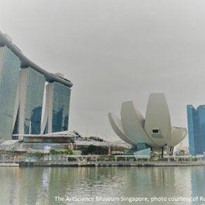 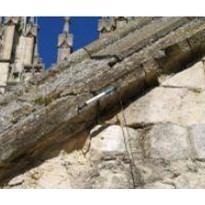 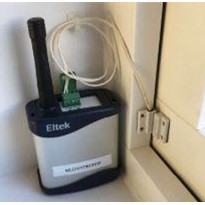 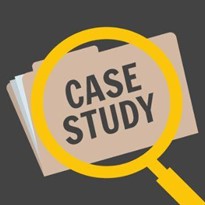 Is writing a Case Study really that easy?
View more 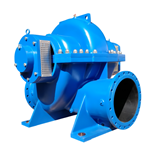